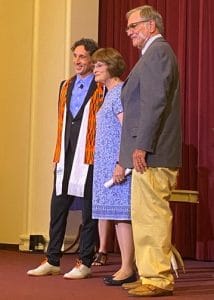 Anne currently serves as First Unity Church’s Community Care Coordinator. Prior to becoming a Licensed Unity Minister, Anne was a Licensed Unity Teacher and in that role, frequently spoke at Sunday services.

For many years, Anne was an integral part of the music department at First Unity Church of St. Louis. She directed the First Unity Choir and Handbell Choir. As organist and pianist, Anne accompanied services at First Unity and played for weddings, memorials, soloists and special occasions.

Anne is a graduate of Illinois State University, where she was an accompanist for various choral and instrumental groups.