Joanna Sereno and Steve Schenkel Are Our Musical Guests for Sunday, January 22, 2023 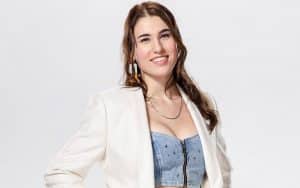 Joanna Serenko, a Saint Louisan since 2010, has been exploring her outlets for pursuing her passion from a young age. She has been involved in Jazz U, Sofar Sounds performances, won first place in St. Louis Teen Talent Competition, and in February 2020 she wowed all four judges during the season premiere of NBC’s “The Voice.” About her experience singing on national television, Joanna says, “This show has given me a whole new confidence. It’s taught me that I could make it in the music industry.” Her most recent release, “Best Of Me”, is available on all major streaming services.