Merry Keller is Our Musical Guest for Sunday, January 15, 2023 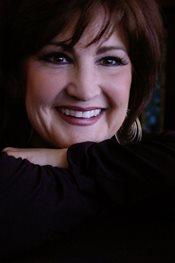 She continued with graduate studies in vocal performance, working with Stella Conway, professor of voice at West Chester. Merry Keller continues her vocal studies with Chris Armistead at Washington University in St. Louis and has collaborated with local pianists Neal Richardson, Ron Bryant, and Martha Shaffer.

Mary Keller has been active in the St. Louis’ cabaret scene, presenting a holiday show at Gaslight Theater in December 2008. She premiered her original show, Love in Four Seasons, at The Sheldon Concert Hall in October 2009. A Love in Four Seasons CD has been released that includes twelve numbers from the show. Other solo shows include Songs of the Silver Screen at The Sheldon and Wade In the Water at The Chapel in St. Louis.